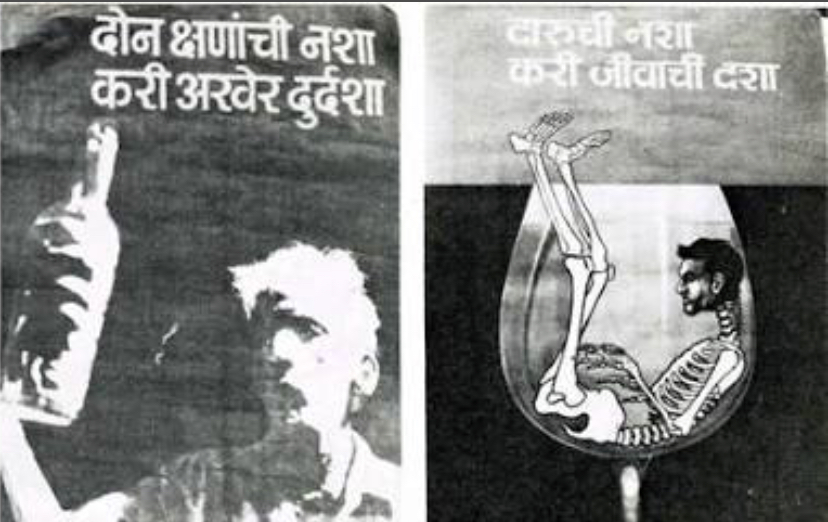 1950’s and 60’s were the time of prohibition in Bombay. This resulted in giving Bombay not just its famed Underworld, but also the concept of the Auntys Bar. Though not as well known as the American Speakeasys of the 1920’s, these Aunty’s bars were iconic in their own right. Dhobi Talao in South Bombay and Bandra in the suburbs were the two main concentrations of the Aunty’s bars. They were illegal establishments run under the radar, serving moonshine that was usually made in Vasai or Alibaug and shipped here.

Dhobi Talao were where all the Goan aunties ran their establishments and Bandra was where all the East Indian aunties did roaring business. This concept later spread to other parts of Bombay, but the famous ones with loyal following were still largely in these two areas.

The Auntys bars were no nonsense establishments run by tough ladies who managed the business, kept the cops at bay and the drunks under check. They would also be saviours for their clients from time to time, to bail them out of jail whenever their bars would get raided. The Aunty not just ensured continuity of her business, but also that none of her clients got majorly affected in a raid. This ensured a loyal following and sustained business. The bars were hidden places and usually the uninitiated had to be taken to one by the initiated. However, there were also tell-tale signs of a nearby Aunty’s Bar when one saw a Boiled Egg vendor tucked away in some gully. The Aunty’s usually focussed on selling alcohol and rarely kept a food menu, except for perhaps wafers.

At SodaBottleOpenerWala, we’ve taken this history lesson to heart and many of our drinks have heavy doses of Bombay nostalgia and flavours. Cocktails weren’t really the scene at these Aunty’s bars, but we’ve made quite a few; inspired by them. Sol of Colaba, Finding Frenny, Old Bawa, Maria Aunty’s Magic Tea, to name a few. The prohibition and Aunty’s bars gave way to the Permit Room system in the 70’s and are far less relevant to the Mumbai of today. But the old timers still get nostalgic whenever they pass by one of the old locations or there’s some conversation around Monnshine and the old days.